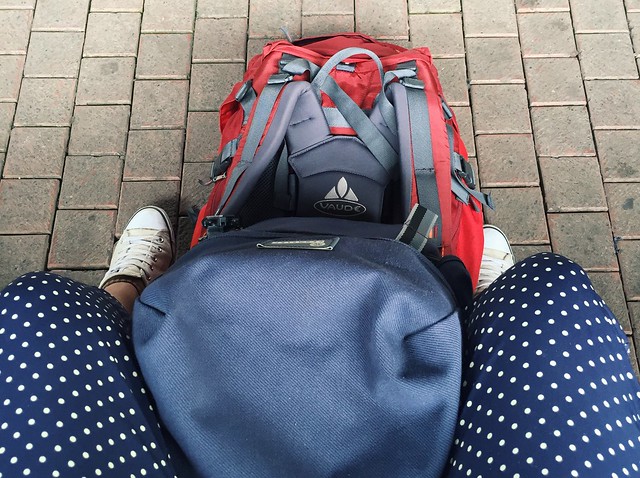 All my essentials, between my feet, Kandy, Sri Lanka, Dec 2015

I stole this post title from a piece I read in the Financial Times in which their travel contributors gavetheir take on their travel discoveries and disappointments of the year. It seemed like a good way of summing up some of the thoughts that had been poking at me during my latest holiday in Sri Lanka (I had a GREAT time in Sri Lanka, which I will share about in more detail in a separate post).

One of the things that struck me as I was planning for my trip was how the term "Instagram-able" has become an acceptable way of describing a place or a thing. This annoyed me because it's so lazy - what does it even mean? It surprised me, that despite the proliferation of travel blogs, it isn't easy to find good ones offering practical advice, or providing a good sense of that person's experience on the ground.

My best travel discoveries these year were awesome because they were actual discoveries for me. A museum I decided to pop into because a few years earlier, I had read a fascinating article about it. A town I had to visit because I'd always had a soft spot for the Byzantines. I went to all these places on instinct and it was ok if I didn't love them.

Even though I usually travel on a limiting schedule - I get 21 days of paid leave a year and I don't usually get to spend more than two weeks in a country - I've become more determined to be a little more spontaneous on holidays. For example, I don't always book all my accommodation in advance so that I can make last minute changes to my itinerary, and I don't force myself to do everything I planned on doing. This has meant some frightful hotel experiences but nothing I don't get over in about 30 minutes.

The mosaics of Ravenna, Italy 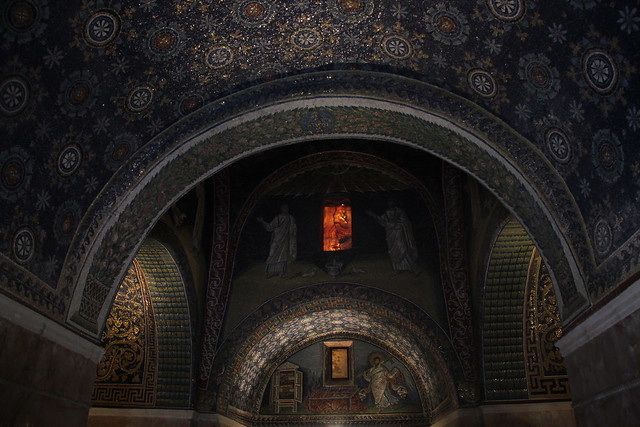 The Byzantine-era mosaics I saw in Turkey left a big impression on me, and one of the souvenirs I picked up on that trip was a very good book simply titled "Byzantium", a concise and accessibly written history of the empire. The author, Judith Herrin, had mentioned some mosaics she had seen as a girl that left a deep impression, in Ravenna, a province in Italy. When a friend and I decided to visit Italy in April, I insisted we make a detour to Ravenna to see these mosaics.

As it turns out, the mosaics, in particular the ones at the mausoleum of Galla Placidia (above), are the perfect example of things that look better in real life. None of the few pictures I saw before I got there prepared me for what I saw. None of the photos I took captured the way the tiny, gem-like tiles glittered in the light, the way they seem to suspend time. Over a thousand years old - built in the fifth century - they felt as alive as the day they were finished. In the nearby town of Lido di Classe was my favourite accommodation of the whole trip, Ca' Barbona - the owners are friendly, the rooms are cozy and pretty, and the food will warm your heart and stomach. It was the epitome of the type of bed and breakfast I didn't know still existed.

The Palazzo Doria-Pamphilj in Rome, Italy 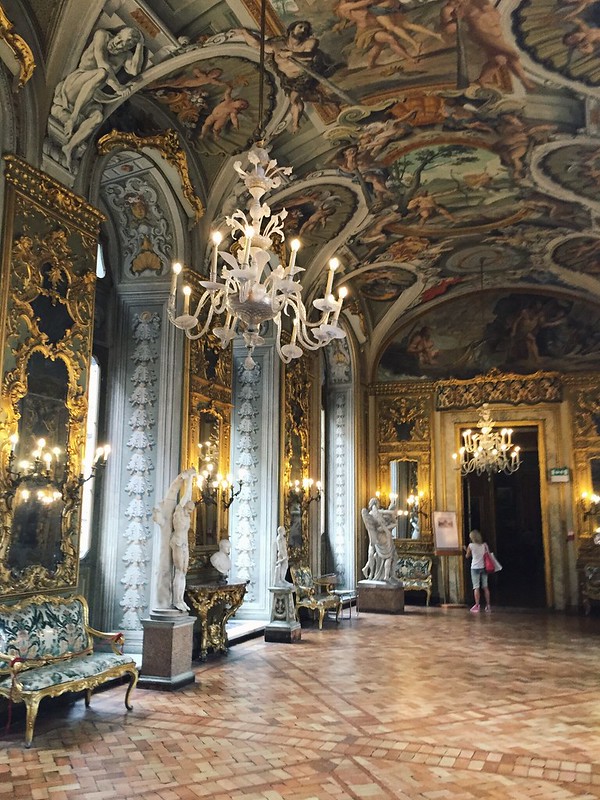 I read this Vanity Fair story some years ago, so it was with some amusement when my friend and I, while strolling down Via del Corso in search of shopping (I admit it, I was looking for & Other Stories), saw a sign for the palazzo. It is pricey to enter, the way private museums usually are. And the art collection, while boasting some very fine pieces, might be best described as the "B-side" of an artist's portfolio - less popular, or actually just not as good. But the family, a very aristocratic one, has had a bit of drama in recent years, which adds a certain intrigue to the visit - particularly as the audio guide is narrated by one of the heirs. It's interesting because beyond the art, the visit gives you an idea of what it's like to be royalty in Italy, and what might simply be a series of sumptuously decorated state rooms take one a liveliness when you realise people actually still live there. I spied a bottle of shampoo stashed behind a shelf in the marbled bathroom. It could be a clever prop, but it made all the difference between a relic and a living space. 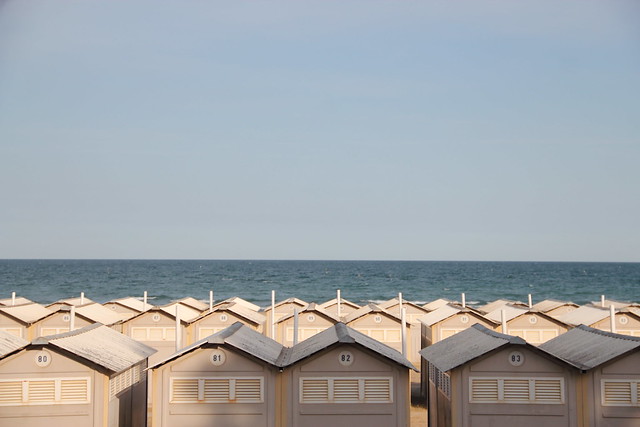 Venice is beautiful, and it is possible, despite the crowds, to walk into an alley and feel transported. But I needed a break from all the grandeur, and so I took the water taxi to Lido di Venezia, another island. Lido is touristy in its own right - it's wide, flat sandy beaches have attracted no less by Lord Byron himself, while September brings celebrities for the Venice Film Festival. But when we visited in April, the sunny beaches were relatively quiet and perfect for picnics. Beautiful Art Deco buildings sit next to the more pedestrian modern residential buildings, and the whole place has an assuming, relaxed vibe. I have never been to Miami but I imagine Lido looks like the low-key, European version.

The national parks of Sri Lanka 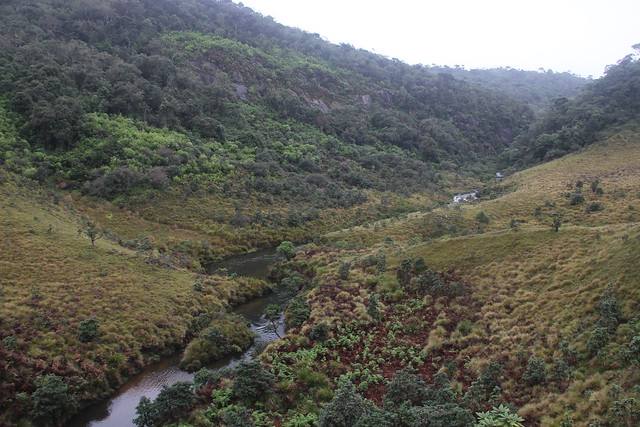 Poring over a map of Sri Lanka, I'd noticed a large number of national parks, but it took actually being there for me to appreciate the amazing biodiversity of the country. In the north, the famous Sigiriya rock is surrounded by quite a few national parks, and the lush, undulating forest beneath your feet is breathtaking. Above is Horton Plains National Park, high up on a plateau in hilly tea country. While World's End, a look-out point, is its top-billed attraction, I recommend spending more time exploring its less tread-upon trails. Clocked in mist, it is otherworldly in its beauty - winding rivers, waterfalls, rolling grasslands (I preferred the open trails to walking under the cover of the cloud forest) - and boasts Sri Lanka's second- and third-highest peaks, both fairly easy climbs. The downside is the considerable cost of hiring a driver to bring you there - and the longer you stay the more it will cost you. But it's easy enough to make friends with fellow guests at your guesthouse (most people staying in the nearby town of Nuwara Eliya are there for Horton Plains).

And the disappointments:
- Actually, this one is simple: anywhere and anything that has become an Instagram cliche

Hope 2015 has been kind to everyone, and here's to more adventure in 2016.
Labels: musings travel

Shutterbug K said…
Not quite related to the Instagram effect, but related to hype: I shared some pics online about a trip I made to New York last year, and all the comments I got was whether or not I ate at certain restaurants or visited certain landmarks. No one wanted to hear about new places. I tried to explain my food plan, which was get to New York, then ask a New Yorker where they would eat a particular food item. I thought it would be more representative of where true locals go to eat instead of eating with a bunch of other tourists. I found some decent pizza and diners that way, however, it wasn't the hype spots. :/

I agree that planning spontaneity (sounds counter-intuitive) into life leads to far more interesting stories.
12:26 AM

Pret a Porter P said…
The ability to be able to travel, experience different places/people/cultures is a blessing. The mosaics look stunning.
7:04 AM

Jessica said…
Happy New Year! I hope to go on holiday more often this year but as we're looking to buy a house, I'm not sure that will be a realistic option. We're always terrible at planning so we usually come across a lot of things we wouldn't have known about, had we stuck to the 'normal' tourist route. Venice and Rome are both really impressive. Have you been to Florence as well? One of my favourite places.
9:30 PM

lin said…
Shutterbug K: I depend a lot on food recommendations when I travel, but my new unofficial rule is to make it at most half my list -- the rest will depend on when I get there. Airbnb has sort of helped this: the good hosts are great for food recommendations! I got quite lucky in Italy when this happened to me and my friend in Rome and Florence.

I find Instagram the worst when it comes too food -- too many places are well-liked solely because they look awesome! (I don't mean to sound like an IG hater by the way, especially since I'm active on it, but it does get on nerves sometimes.)

Pret a porter P: Sometimes the means to travel feels like my reason for staying in my job!

Jessica: Thanks, happy new year to you too! Buying a house is something I've put off so that I can keep spending on holidays, haha. Florence is so lovely! It feels more "eternal" than Rome.